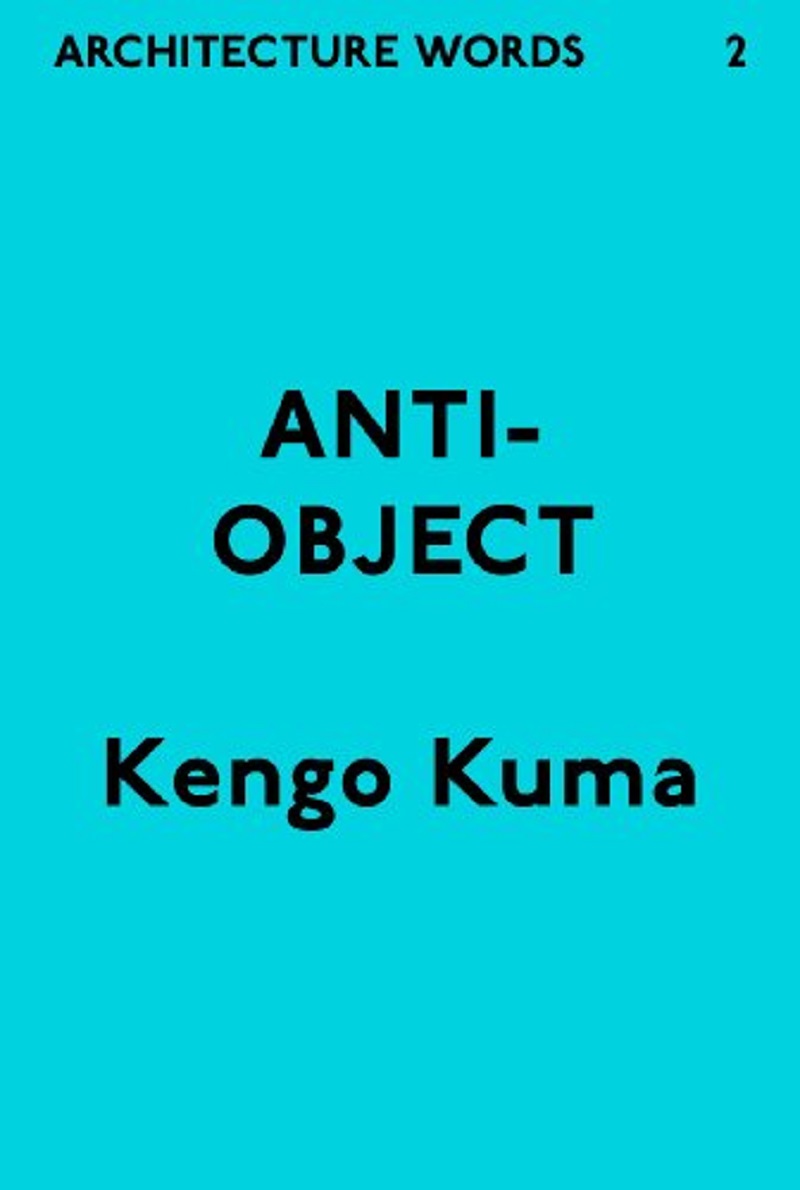 Kengo Kuma is one of Japan’s most prominent architects, with a growing international practice. His projects have been widely praised for their beauty, clarity and attention to detail. One of the key issues in the architecture of Kengo Kuma is the way it responds to its setting. Unlike many important figures of Western modernism, who have promoted the idea of the isolated architectural object, his work attempts to have a tight fight with its immediate context. In Anti-Object Kuma traces in philosophical terms his approach to architecture, revealing influences from Kant and Bruno Taut to the Japanese tradition of ‘weaker’ buildings characterised by their use of natural light and natural materials.

Architecture Words is a series of texts and important essays on architecture written by architects, critics and scholars. Like many aspects of everyday life, contemporary architectural culture is dominated by an endless production and consumption of images, graphics and information. Rather than mirror this larger force, this series of small books seeks to deflect it by means of direct language, concise editing and beautiful, legible graphic design. Each volume in the series offers the reader texts that distil important larger issues and problems, and communicate architectural ideas; not only the ideas contained within each volume, but also the enduring power of written ideas more generally to challenge and change the way all architects think