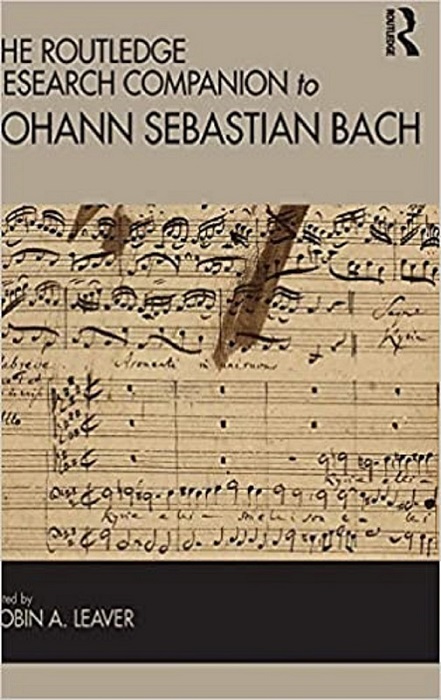 The Ashgate Research Companion to Johann Sebastian Bach provides an indispensable introduction to the Bach research of the past thirty-fifty years. It is not a lexicon providing information on all the major aspects of Bach's life and work, such as the Oxford Composer Companion: J. S. Bach. Nor is it an entry-level research tool aimed at those making a beginning of such studies. The valuable essays presented here are designed for the next level of Bach research and are aimed at masters and doctoral students, as well as others interested in coming to terms with the current state of Bach research. Each author covers three aspects within their specific subject area; firstly, to describe the results of research over the past thirty-fifty years, concentrating on the most significant and controversial, such as: the debate over Smend's NBA edition of the B minor Mass; Blume's conclusions with regard to Bach's religion in the wake of the 'new' chronology; Rifkin's one-to-a-vocal-part interpretation; the rediscovery of the Berlin Singakademie manuscripts in Kiev; the discovery of hitherto unknown manuscripts and documents and the re-evaluation of previously known sources. Secondly, each author provides a critical analysis of current research being undertaken that is exploring new aspects, reinterpreting earlier assumptions, and/or opening-up new methodologies. For example, Martin W. B. Jarvis has suggested that Anna Magdalena Bach composed the cello suites and contributed to other works of her husband - another controversial hypothesis, whose newly proposed forensic methodology requires investigation. On the other hand, research into Bach's knowledge of the Lutheran chorale tradition is currently underway, which is likely to shed more light on the composer's choices and usage of this tradition. Thirdly, each author identifies areas that are still in need of investigation and research