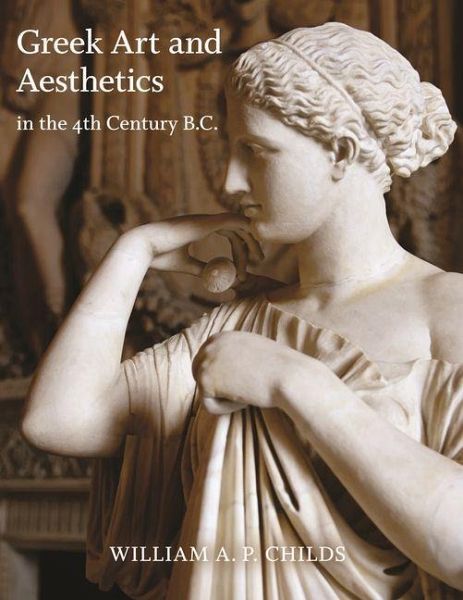 Greek Art and Aesthetics in the Fourth Century B.C. analyzes the broad character of art produced during this period, providing in-depth analysis of and commentary on many of its most notable examples of sculpture and painting. Taking into consideration developments in style and subject matter, and elucidating political, religious, and intellectual context, William A. P. Childs argues that Greek art in this era was a natural outgrowth of the high classical period and focused on developing the rudiments of individual expression that became the hallmark of the classical in the fifth century.

As Childs shows, in many respects the art of this period corresponds with the philosophical inquiry by Plato and his contemporaries into the nature of art and speaks to the contemporaneous sense of insecurity and renewed religious devotion. Delving into formal and iconographic developments in sculpture and painting, Childs examines how the sensitive, expressive quality of these works seamlessly links the classical and Hellenistic periods, with no appreciable rupture in the continuous exploration of the human condition. Another overarching theme concerns the nature of “style as a concept of expression,” an issue that becomes more important given the increasingly multiple styles and functions of fourth-century Greek art. Childs also shows how the color and form of works suggested the unseen and revealed the profound character of individuals and the physical world.