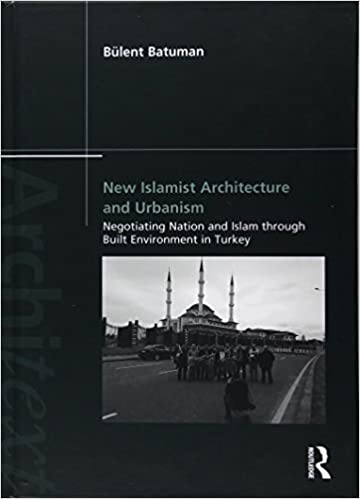 New Islamist Architecture and Urbanism claims that, in today’s world, a research agenda concerning the relation between Islam and space has to consider the role of Islamism rather than Islam in shaping – and in return being shaped by – the built environment. The book tackles this task through an analysis of the ongoing transformation of Turkey under the rule of the pro-Islamic Justice and Development Party. In this regard, it is a topical book: a rare description of a political regime's reshaping of urban and architectural forms whilst the process is alive.

Defining Turkey’s transformation in the past two decades as a process of "new Islamist" nation-(re)building, the book investigates the role of the built environment in the making of an Islamist milieu. Drawing on political economy and cultural studies, it explores the prevailing primacy of nation and nationalism for new Islamism and the spatial negotiations between nation and Islam. It discusses the role of architecture in the deployment of history in the rewriting of nationhood and that of space in the expansion of Islamist social networks and cultural practices. Looking at examples of housing compounds, mosques, public spaces, and the new presidential residence, New Islamist Architecture and Urbanism scrutinizes the spatial making of new Islamism in Turkey through comparisons with relevant cases across the globe: urban renewal projects in Beirut and Amman, nativization of Soviet modernism in Baku and Astana, the presidential palaces of Ashgabat and Putrajaya, and the neo-Ottoman mosques built in diverse locations such as Tokyo and Washington DC.